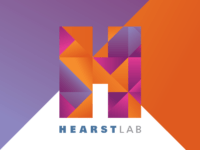 Amsterdam, 17 september – HelloMaaS, which launched earlier this year, has raised over one million in pre-seed investments. HelloMaaS is the SaaS platform for flexible marketing teams and is the first participant of HearstLab, the incubator of Hearst Netherlands. HearstLab will invest 250.000 euro, offer office space and will open her network of employees and partners at Hearst Netherlands and New York.

With HelloMaaS, founder Louise Doorn is part of a select group of 1.6% of Dutch female founders. She’s one of the few in this group who has managed to raise more than 1 million in pre-seed investments. The majority of investments made in HelloMaaS is done by women. All investors involved are motivated by a research done by the Boston Consulting Group in 2018, which states that women-led startups have a financial return rate of up to 2.5 times higher than average.

The startups that participate in the HearstLab program are startups that are innovating in media, innovation or technology and are all female led. Over 2.200 startups have been reviewed by HearstLab over the last three years. HelloMaaS is one of 23 startups that were chosen to receive investments by the Lab.

HelloMaaS is one of two startups that were chosen to enroll in HearstLab Netherlands. Louise Doorn: “HearstLab is a particularly successful incubator for startups. The network and dedication of the Hearst employees and the lab shows in the excellent financial return of the startups that have been enrolled so far. For HelloMaaS, which will operate in both the Netherlands and the US, this is an extraordinary opportunity.”

Louise Doorn is the founder of HelloMaaS, a Dutch-American marketing tech startup with offices in Amsterdam and New York. MaaS stands for Marketing as a Service. HelloMaaS is a marketing platform that allows companies to build their marketing team on demand, by offering them direct access to the know-how and execution power of top freelance marketers in the Netherlands. The platform has tools that improve team performance and marketing planning, allowing companies to work more effectively and cost friendly. For companies with a lower budget, HelloMaaS offers fixed-price packages as marketing services.

View All Blog Posts
We use cookies to improve your experience, our services, and to analyse the use of our website. If you agree and are happy with the use of cookies by HelloMaaS, click Yes.YesNo